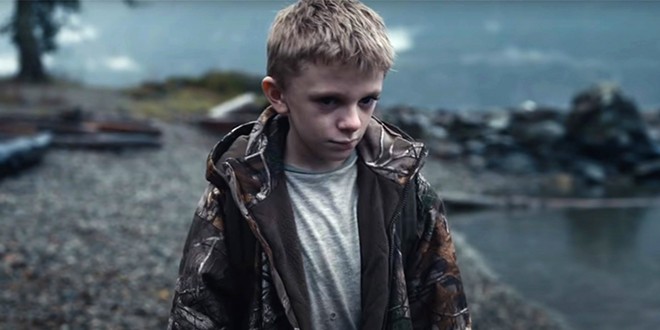 What is its rating? R

Where is it displayed? red box

Co-writer Scott Cooper (Crazy heart, black mass) directs this supernatural horror thriller about a schoolteacher, Julia Meadows (Keri Russell), who suspects one of her students, Lucas (Jeremy T. Thomas), of being abused at home. The boy’s father, Frank (Scott Haze), runs a meth lab in an abandoned mine shaft, so there’s reason to suspect Frank of being a negligent or abusive man, but the truth is far more sinister. An ancient entity that preys on humanity has been released.

The film is rich in atmosphere, which is its strongest feature. Set in a small town in Oregon going through tough times, the story also involves Julia’s brother, Paul (Jesse Plemons), who is the town sheriff and has to deal with all the drug-related activity. . As the story unfolds, we learn why Julia moved back to town and now lives with Paul in their deceased parents’ house. They too hold secrets.

As they continue to uncover what is happening to Lucas, it becomes clear that something supernatural is afoot, but how do you end this Wendigo curse? The film covers many themes, from child abuse to environmental destruction, and it’s admittedly uneven. It’s basically a body-jumping entity that turns its host into a deer monster, which is inherently dumb.

The film takes itself seriously, which may be a mistake. It either had to explore its dark themes more deeply, or lighten up and take The Wolf of Snow Hollow (2020) comedy-horror approach, but it’s at Redbox, and with my $1.25 promo, it was like 60 cents well spent. (99 mins.) ∆